Petar Guberina was born on May 22 1913 in Šibenik where he finished clasics-program grammar school, died January 22 2005 in Zagreb.

He was graduated from Faculty of Humanities and Social Sciences, University of Zagreb: French and Latin (1935).

He got his doctor’s degree at the University of Sorbonne, Paris, France (1939).

His Ph. D. title he won by defense of his dissertation “Valeur logique et valeur stilistique des propositions complexes” what was the base for his later researches in the field of speech communication.

The author of the Verbotonal system (VTS) – an original scientific theory in the field of speech communication and electroacoustic apparatuses SUVAG constructed according to the verbotonal ideas (1954-1955). His research in the domain of the “linguistics of speech” entered the revolutionary turn in the teaching of the foreign languages (structural global audiovisual method – SGAV) but also in the approach to the pathology of hearing and speech (verbotonal method – VTM) and ranked him as the leading world scientist in the field of humanistic and biomedical sciences.

The verbotonal methodology has been disseminated to all the continents.

The great number of institutions all around the world applies verbotonal principles, procedures and electroacoustic equipment in the rehabilitation and education of subjects, especially hearing and speech impaired children and in the therapy of speech disorders.

The basic postulates of the Verbotonal System are constituent part of the undergraduate and postgraduate studies of philology and medicine at many universities around the world as well as all contemporary methods of teaching foreign languages and as generally accepted starting points in the construction of audiological diagnostic equipment and hearing aids.

Bibliography of the Verbotonal System contains more than 1000 titles published in 11 foreign languages.

Member of Croatian Academy of Sciences and Arts – as the corresponding member in the Department of Philological Sciences from 1955 and as the full member from 1963.

The founder of the SUVAG Polyclinic (Centre at that time) established by the Government of the Republic of Croatia (1961). Under his leadership as the long-lasting head and scientific and professional advisor, the Zagreb SUVAG has become central world institution for development and application of the Verbotonal System (status confirmed at the General Assembly of the International Verbotonal Association in Paris in 1982). So the  Centre/Polyclinic’s activities are implementing national and international research projects and verbotonal education of experts of different vocation from Croatia and abroad. Experts from SUVAG are permanently present in many European and other countries of the world founding verbotonal institutions and educating specialists for application of the verbotonal method. International scientific meetings are also held in the organization of SUVAG as well as publications of printed and video materials for the needs of verbotonal teaching and evaluation of the verbotonal theory and practice.

The researcher – principal investigator and the researcher on many home and international research and teaching scientific projects. He was the first in former Yugoslavia who got the research project (“Restricted Bands of Frequencies in Auditory Rehabilitation of Deaf”) financed by the American Government (1961) and 4 more American projects after that (1961-1991).

In the capacity of the expert and researcher he was included in the Project of European Union COST 219 (since 1989) working on improving telephone intended for hearing impaired subjects. As a part of this project he was in the lead of the research (since 1991) related to the diagnostics and rehabilitation of elderly people and their possibility to use the phone, financed by the Ministry of Science and Technology of the Republic of Croatia. Since 1997 he was the principal investigator on the Project “Polysensorics of auditory perception: hearing impairment and speech communication in hearing impaired subjects” supported by the Ministry of Science and Technology.

European Commission accepted his project in the frame of Program TEMPUS (1992). The project was related to the integral program of verbotonal education (pathology of hearing and/or speech, foreign language teaching) and organization of international postgraduate study in Croatia. The holder of this and other projects was SUVAG Polyclinic and the program included cooperation with School of Medicine, University of Zagreb and 9 universities in 4 countries of the European Union: Belgium, France, Italy, Spain. (The work on the project was postponed until the reception of Croatia into PHARE Program.)

The lecturer – professor of French (1951-1955), and phonetics and verbotonal theory after that (1965-1983) at the Faculty of Humanities and Social Sciences, University of Zagreb. In more than 600 countries of the world he was interpreting his theory, as an expert and principal investigator in his projects for disseminating Verbotonal System and founding verbotonal institutions. These programs have been carried out on direct invitation of governments or authorized institutions (ministries, universities) in developed countries (Western Europe, USA, Australia, Japan and, in the last years Russian Federation and Ukraine) or as a part of projects for support to countries in development financed by the USA Government, World Health Organization, UNESCO, UNICEF, Fond for Development of OUN (in the first place in Arabian and African countries and in Latin American countries), and lately, European Union and other European non-government organizations (Eastern and Central European countries). As a visiting professor he gave lectures in USA at the Ohio State University, Columbus (1964) and at the University of Trenton, New Jersey (1967-1968).

Honorary consul of the Republic of Portugal – (since 1979).

As a representative of a small nation, Guberina has realized that the true freedom of an individual and of the nation, depends above all on the development and affirmation of an individual. Observed in this context, speech and language being at the same time means and a way of explication of personal frame of mind and relations, become important for an individual and for the nation, and the added value to them is opening new directions and wide paths in the linguistic research.

Focusing his research on the basics of spoken language and speech, he led his research in various directions covering a complex area of speech-language activities: from those dealing with contemplative-affective structures up to the perception and realization of speech, and from stylistic characteristics of a powerful artistic expression up to pathology of listening and speech. His research in the domain of the linguistics of speech, from which emerged the original theory he named the verbotonal system and published to the world scientific audience in the early fifties of the last century, entered the revolutionary turn in the teaching of the foreign languages and changed  the image of the deafness and awareness about deaf-mute persons.

At the same time, Guberina introduced into our milieu new, unknown phenomena, established numerous intercultural connections and cooperation. Categories so widely emphasized today; from respect for cultural differences to the intercultural communication- saturated his life and work.

Petar Guberina with his original scientific work has enriched Croatian and the world science as well. For his rich scientific work and for the unyielding struggle to provide full and equal life opportunity for the children with impaired hearing, professor Guberina had been awarded with important national and international honours.

Petar Guberina passed away on 22 January 2005, in Zagreb. In spite of his late age and sickness up to the last day of his life, he was active in scientific and specialist activities of his parent institution  SUVAG.

He bequeathed us with his unyielding faith in a human idea of possible equal opportunities for persons with impaired hearing and speech, especially children, and lively scientific thought, which perpetually opens new paths in the rehabilitation and diagnostic methods and procedures having foundation in verbotonal principles.

For us, his disciples, associates, and followers Professor Guberina is the name we utter with pride and thankfulness.

For some thiry years SUVAG Polyclinic organizes scientific meetings in May, which have beein renamed since 2005 into THE DAYS OF PETAR GUBERINA and dedicated to our master and long lasing leader.

A member of numerous international associations such as:

Double holder of the National Order of the Legion of Honour and other decorations and acknowledgements:

He has published more than 200 scientific works (books, articles, essays, studies) and has been translated to many languages (including Japanese and Arabian). 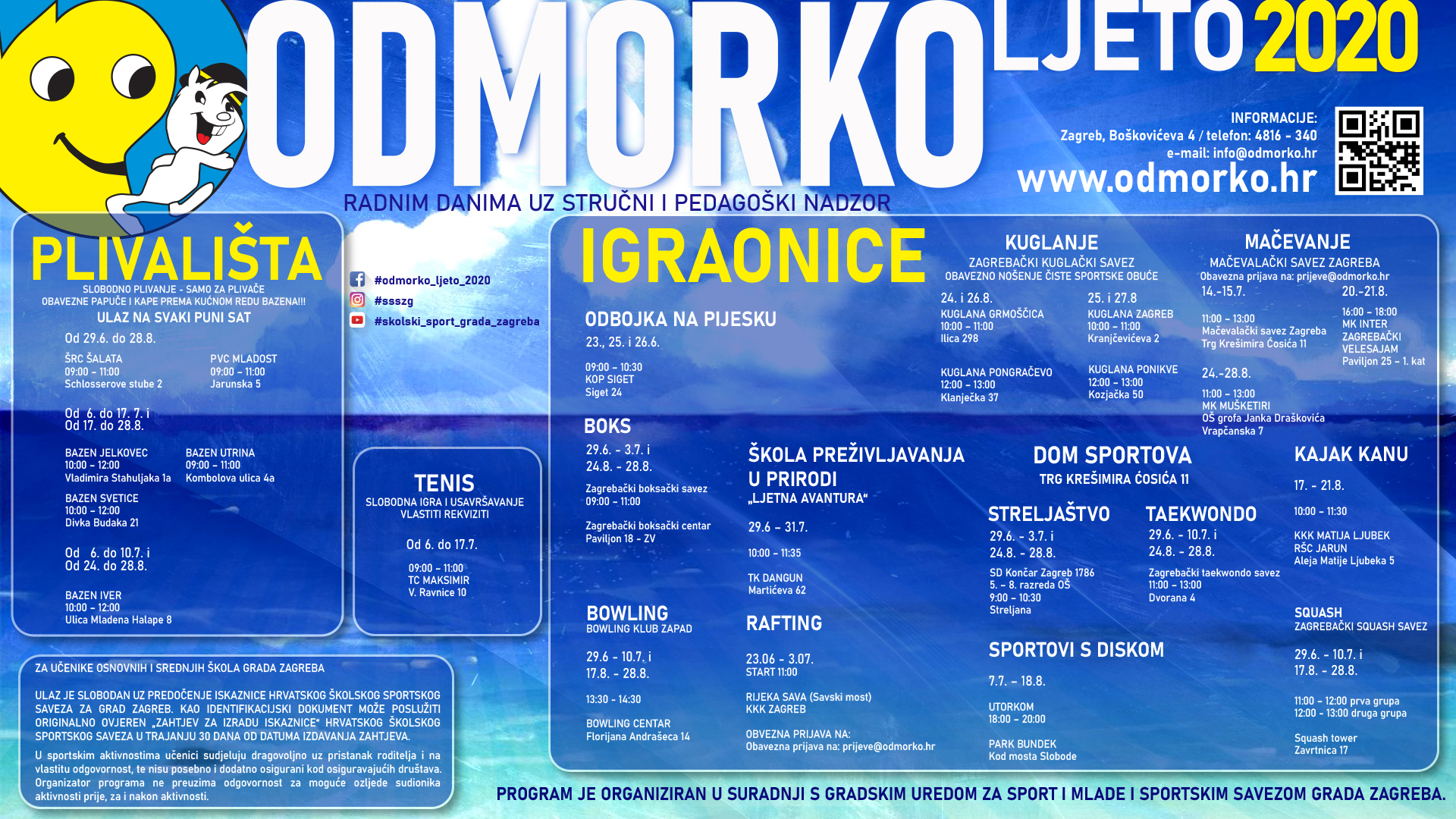 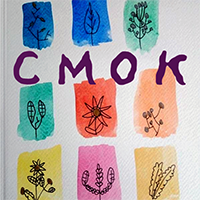